Slither into your sexiest outfit to kick off District of the Dead at UNCUT: Anaconda.  Unleash your deepest desires at this massive venue for DC’s most risqué circuit event. This Halloween edition of UNCUT will feature a special performance for the ultimate Anaconda experience! Let your inhibitions run wild cruising the play zones or dancing on the main floor where DJs Onyx & GSP will take you on a musical journey.

Good or Evil? Caped Crusader or Supervillain? Saturday is the night to assemble your most impressive costume for District of the Dead’s main event, Heroes & Villains. DJ Conner Curnick kicks the night off, followed by UK-based DJ sensation Tom Stephan. Featuring a headline performance by the drag icon Blair St. Clair, this is a massive Halloween celebration not to be missed!

Close out your Halloween weekend with discoVERS: Thriller in Downtown DC. Join the original Studio 54 disco-legend DJ Robbie Leslie and DJ Blacklow as they spin sets featuring Disco, Nu-Disco, and Disco House music all night long. Frightful pop-up performances including a Michael Jackson Impersonator and Chicago drag queen Enza will be seamlessly integrated into the high-energy disco sets to keep you on your toes!

ALL SALES ARE FINAL: We do not offer refunds, returns or exchanges. 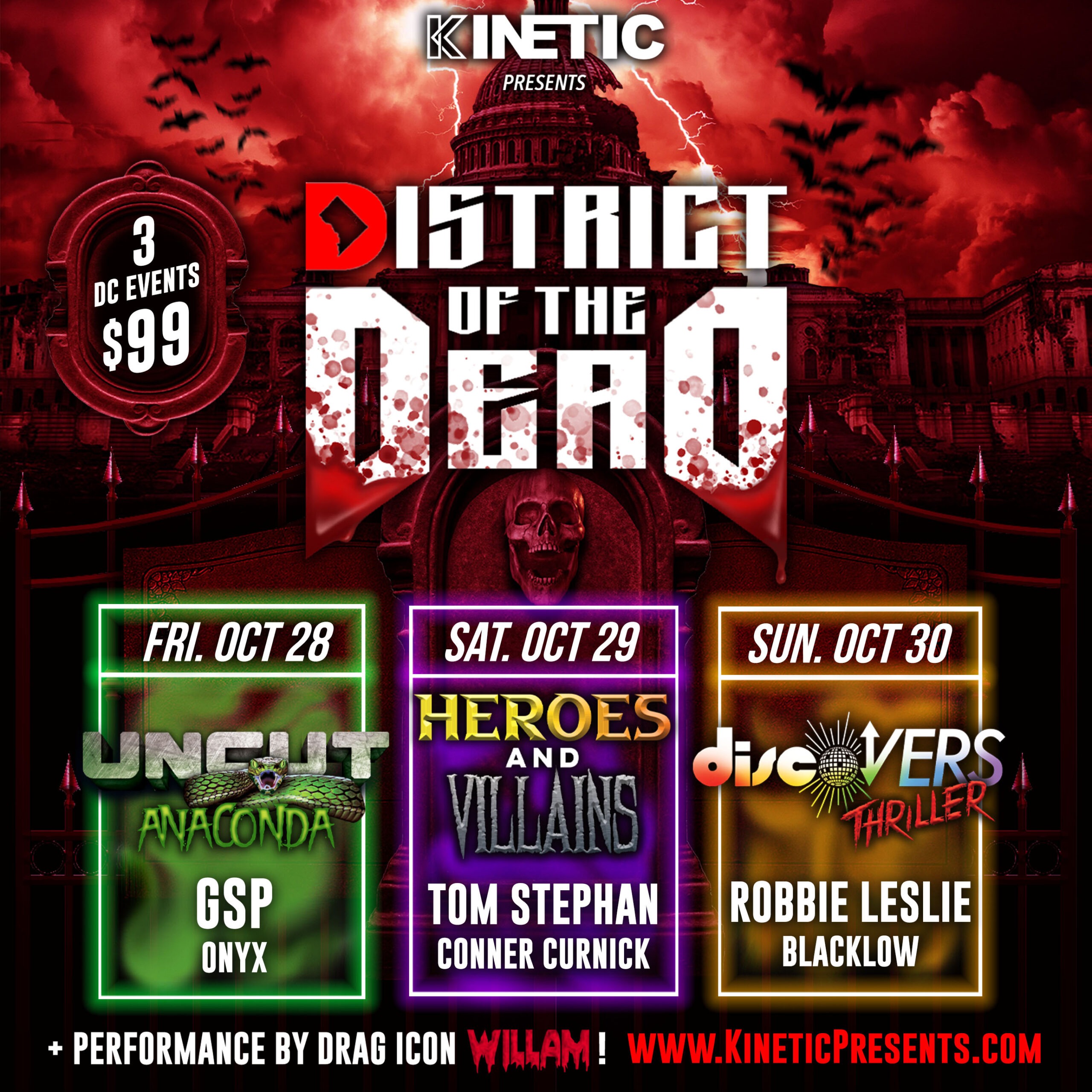